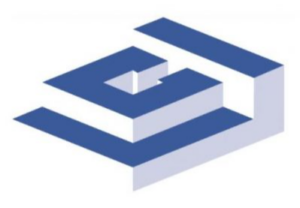 The Lean Construction Institute (LCI) announced today that Dan C. Heinemeier, CAE has joined its staff as executive director, replacing interim executive director Richard Bayer, who returns to his industry consulting practice. LCI board chairman Victor Sanvido, Senior Vice President, Southland Industries, said, “We are very pleased to have recruited Dan to join the LCI team in this key management role. Dan brings many years of trade association experience to the job, as well as a drive and commitment to seeing lean processes and techniques used ever more widely in our industry. He will take the Institute and its members to new levels of success in our continuing efforts to transform the design and build environment.”

Heinemeier comes to LCI from a 30-year career in association management in organizations representing the high tech and government contracting communities. Most recently, he served as COO at TechAmerica, the leading voice and champion for innovation for the U.S. technology industry. He was a leader in the series of non-profit mergers that formed TechAmerica in 2009. Prior to that (1999-2008) he served as president of the Government Electronics and Information Technology Association, a trade group representing high-tech government contractors in Washington, DC. He holds the Certified Association Executive (CAE) credential.

Dan Heinemeier says, “I am truly excited to have the opportunity to help lead the transition to making lean processes not only the dominant approach to project management in the construction industry, but the recognized means of transforming design and build as a whole. I look forward to continuing to build on the solid foundation for LCI developed by my predecessor Dick Bayer, Chairman Victor Sanvido, and the LCI board of directors. Working together, we will ensure that the Institute remains the leading voice and critical driver in the ongoing transition to lean.”