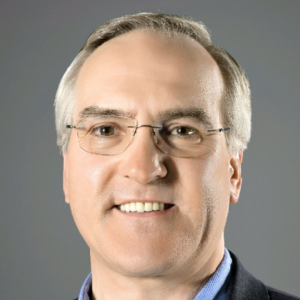 The Lean Construction Institute (LCI) will recognize Turner Construction Company’s George Zettel for his tireless efforts to improve project performance in the design and construction industry by supporting LCI’s mission.

The Chairman’s Award recognizes individuals who have moved the Lean Construction Institute forward in meeting its mission of Transforming the Design and Construction industry through Lean solutions.

Mr. Zettel has been a leading proponent for the Turner Construction Company to adopt Lean implementation. His belief in the use of Lean approaches has driven him to build momentum with relationships and project results to propel the largest general builder in the USA, Turner Construction Co., on a journey to become a Lean enterprise.

He has provided exceptional leadership to teams that built hospitals recognized for improving the quality of their healthcare services, keeping these teams focused on Lean implementation and innovation. UHS Temecula Valley Hospital, a project Mr. Zettel worked on, has been recognized as an early IPD project that produced many new approaches still in common use today. UHS Henderson Hospital was one such strong example of continuous learning from one project to another.

Mr. Zettel has previously served as an LCI board member and was the first chairperson and “Chair Emeritus” of the first LCI Community of Practice (CoP) in Northern California. He has coached the formation of over a dozen newly forming LCI CoPs in the United States and Canada.

He also has made lasting contributions to the academic field related to the Lean community. Mr. Zettel introduced industry peers to the value of collaborating with the Lean Enterprise Institute. He has introduced Lean workshops to countless owners, designers, trades, and competing general contractor’s companies starting their Lean journey.

These outstanding contributions in promoting Lean education and LCI program support make George Zettel a most worthy recipient of the award. We greatly appreciates all his efforts on LCI’s behalf, actions which will have lasting positive effects on the design and construction industry.

George Zettel will be recognized during an award ceremony at the 2021 LCI Congress in Phoenix, Arizona on Thursday, October 21, 2021.