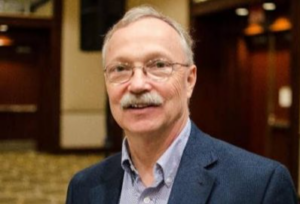 (Arlington, Virginia) – Lean Construction Institute (LCI) today announced that its board of directors has voted unanimously to present Hal Macomber with its Chairman’s Award. This award is LCI’s premier annual recognition for an individual who has served the Institute with extraordinary distinction and has furthered its mission of transforming design and construction through Lean tools and techniques.

“Hal’s impact on the Lean community is unprecedented,” said Dan Heinemeier, Executive Director. In his previous role as principal and owner of Lean Project Consulting (LPC), Macomber led in the adoption and practice of Lean techniques across the industry. In 2011, Macomber pioneered the use of Lean techniques in Boston’s first Lean endeavor, the “MassArt” project. Despite six weeks of weather delays, he brought the project to completion months ahead of schedule.

“In addition to being a prominent leader in the Lean community, he has made significant contributions to the success of LCI,” said Heinemeier. As program chair for the 17th Annual Lean Design & Construction Congress in 2015, he led a team of over 40 in planning and managing program development, including training, industry presentations and “gemba” walks at 7 host sites. “With 1,000 attendees and the most expansive set of program options ever, this was the biggest and best-attended Congress in LCI history, and the most financially successful,” he said.

A leading speaker in the Lean community, Macomber has taught at numerous symposia and seminar programs for LCI, including its annual Congress, CURT Lean Summit, local Community of Practice events and orientations for new LCI member firms. He also contributed to the LCI Knowledge Transfer initiative in 2014-15, which resulted in the creation of LCI’s publication, Transforming Design and Construction. “This publication has provided the Lean community with a major and lasting benefit in support of their Lean journeys,” said Joan Piccariello, LCI Director of Program Development.

As adjunct faculty for Wentworth Institute of Technology, he teaches Lean design and construction practices to a new generation of Lean practitioners. Among his lasting contributions to the Lean community was his role as Co-chairman of the 2016 Annual Conference of the International Group for Lean Construction, of which he oversaw planning and management, with participation from over 25 countries and more than 100 presenters.
LCI will present Macomber with the Chairman’s Award at its 18th Annual Congress, to be held October 3-7, 2016 in Chicago, Illinois. The event, LCI’s largest of the year, brings together the Lean community for learning and networking.