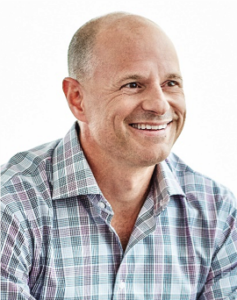 The Lean Construction Institute (LCI) has named Mark Konchar the incoming chairman of its board of directors, a one-year term that will commence on Jan. 1, 2017. As Balfour Beatty Construction’s chief of innovation, Konchar currently serves as the board’s vice chairman. With a vision to transform the built environment through lean implementation, LCI is a non-profit organization that operates as a catalyst to transform the industry.

“We are excited to have Mark Konchar in the key leadership role for LCI in 2017,” LCI Executive Director Dan Heinemeier said. “Mark brings a unique mix of skills and experience to the role, and as vice chairman he has been instrumental in helping us set strategies in place to continue to move LCI forward over the next several years. His leadership has also been instrumental in positioning LCI as a leader in Lean Construction-related research over the last couple of years, and I am confident his tenure as chairman will see us build upon and expand our organizational strengths in 2017 and beyond.”

In his role as chief of innovation, Konchar leads Balfour Beatty innovation strategy focused on delivering ever-increasing value for clients, partners and project teams across the U.S. enterprise. Leveraging his deep experience in operations and business systems, Konchar applies his expertise in lean theory to real-world project delivery. Since joining the company in 1999, Konchar has served in various positions that have continuously refined Balfour Beatty’s approach to integrated project delivery, which provides team-based project solutions and design processes on large design-build and design-assist projects.

As a Designated Design-Build Professional (DBIA) and LEED AP®, Konchar earned his BAE and Ph.D. in architectural engineering from Penn State University. In 2010, he was named a Centennial Fellow by Penn State University’s Department of Architectural Engineering for his exceptional contributions during the department’s first 100 years, and was named one of Building Design + Construction magazine’s “40 under 40” honorees in 2009.

Konchar has been directly involved with a number of industry-leading research projects and is the author of several published articles and reports, including his co-authorship of the book, “Selecting Project Delivery Systems” and “Change Your Space, Change Your Culture.” In addition to his contributions to the LCI board of directors, he also serves as an advisory council member of the Pankow Foundation and as a research advisor on several industry improvements projects.

About Balfour Beatty US: Balfour Beatty US is an industry-leading provider of general contracting, at-risk construction management and design-build services for public and private sector clients across the nation. Performing heavy civil and vertical construction, the company is the US subsidiary of London-based Balfour Beatty plc (LSE: BBY), a leading international infrastructure group that finances, develops, builds and maintains complex building programs focused on social and commercial buildings, power and utility systems, and transportation. Consistently ranked among the nation’s largest building contractors, Balfour Beatty US is the No. 3 Domestic Building Contractor as ranked by Engineering News-Record. To learn more, visit www.balfourbeattyus.com and www.bbiius.com.

About Lean Construction Institute: Founded in 1997, LCI is a non-profit, membership-based organization with a vision to transform the built environment through Lean implementation. With common language, fundamental principles and basic practices, LCI aims to increase stakeholder satisfaction and project delivery value. The design and construction industry’s productivity level has remained nearly stagnant in 50 years as other industry’s thrive, but LCI sets out to improve the industry by facilitating continuous education through their Transforming Design and Construction book series, Lean instructional training courses and the annual LCI Congress and Design Forum. LCI advocates for using a variety of tools and techniques that help promote collaborative planning, waste elimination and work-site safety. For more information, please visit www.leanconstruction.org.