How can a high performing team continue to improve after being named best contractor of the year? By combining a Takt Production Matrix (TPM) with Last Planner System® (LPS®), Lott Brothers Construction Company (LBCC) and Continental Properties (CP), a top 10 multifamily developer, exceeded all previous performance standards on a multifamily project near Houston. The TPM provides a one-page takt/zone/trade schedule and completion status of the project with clearly delineated takt/LPS® trade handoffs of takt zones. TPM provided the framework for takt production control and LPS® ensured the trades coordinated daily progress needed for takt zone handoffs. Together, TPM and LPS® formed an enhanced delivery tool for an already high-performing team to exceed previous production standards. 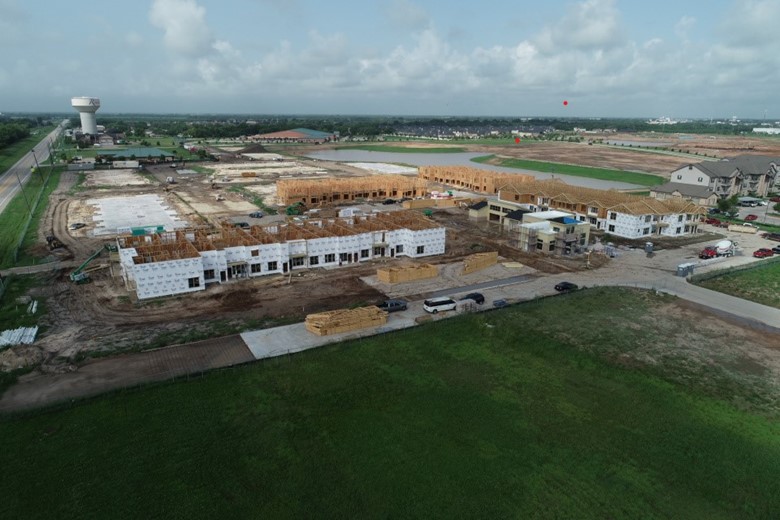 The project consisted of 12 two-story apartment buildings which were 24,000 square feet each, this included garages, pools, and a clubhouse which brought this project to a grand total of 309,319 square feet. Despite some delays, the clubhouse was delivered 2 months ahead of schedule and the overall project was completed 3 months ahead of schedule. CP has developed projects in 19 states employing top multifamily contractors using detailed CPM schedules. LBCC is the only CP contractor deploying both TPM and LPS®. These project results led CP to recommend that all contractors to use both TPM and LPS® production methods on future CP projects.

LBCC team members met collectively and individually with trades to plan project workflow by confirming a Path of Construction (POC), work zones, and logical sequence of work activities to be completed by single or multi-trade work teams during one-week takt periods in each zone. 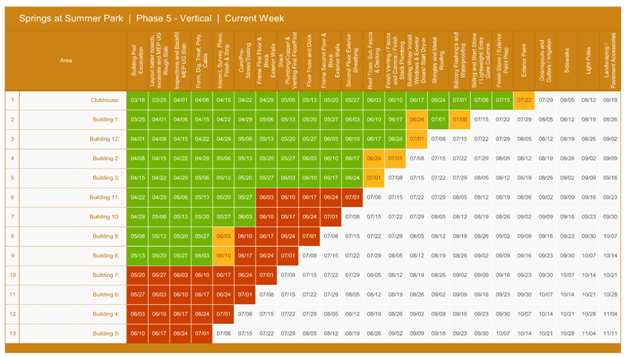 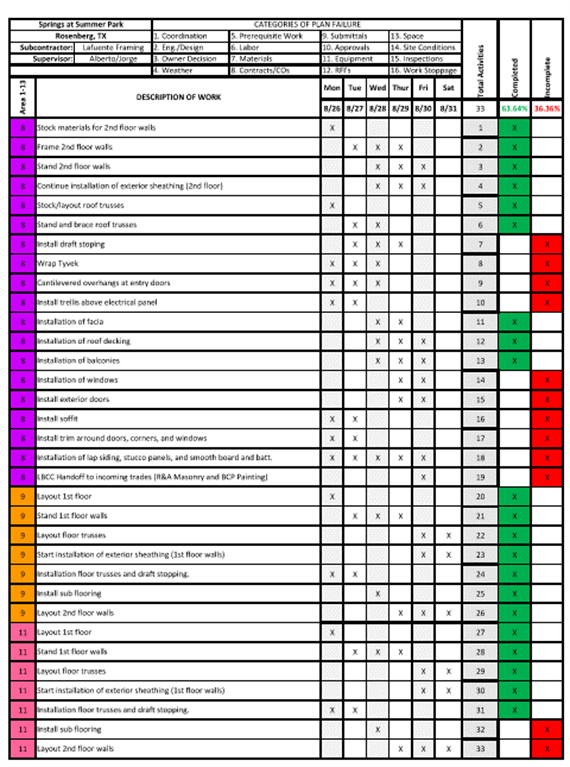 Hear more about this topic at the LCI Congress! Speakers from Lott Brothers Construction Company and Continental Properties will be presenting on Thursday, October 20, 11:45 a.m.

Register for the LCI Congress today!